Atherosclerotic  Diseases of the Aorta

Atherosclerosis is a degenerative disorder of the intima of arteries. (occasionally affecting other structures in the cardiovascular system) chatracterised by accumulation of fatty and fibrous elements within the intima of the vessel wall. The multifactorial causes of atherosclerosis include age, sex, genetics, lifestyle and dietary factors. among many other unfolding factors. The recognizable “phases” of atherosclerosis include ; 1) breach of the endothelium (33792d) 2) migration of lipoproteins from the lumen into the intima. (33792d) 3) Formation of a lipoprotein-proteoglycan complex that traps the lipoprotein in the intima (33792e) 4) Migration of leukocytes from the lumen into the intima. (33792g) 5) Transformation of the monocytes into macrophages and phagocytosis of the fat complexes to form fat laden foamy macrophages. (33792h) 6) Migration of smooth muscle cells from the media into the intima and transformation into fibrocytes. A fibrous capsule around the fatty complex is formed. (33792i, 33801b) 7) Cell death and destruction with associated formation of dystrophic calcification. 8) Growth of the atheromatous complex with impingement on the lumen. (33801b) 9) Potential of the complex to rupture. (33801d) The progressive impingement on the lumen causes reduction of blood flow, usually manifesting clinically with angina when the lumen is reduced by 70% of its original size. Acute rupture of a plaque predisposes to superadded thrombosis and occlusion of the lumen. Acute myocardial infarction and death are complications of this event. The initial phase of endothelial injury has multifactorial contributing factors including hypertension, hemodynamic factors, hyperlipidemia, homocysteine, smoking, toxins, immune reactions, and viral disease. The result is a breach in the intima and migration of lipoproteins into the subendothelial layer. The lipoproteins and proteoglycans form a complex compound that traps the fat complex in the subepithelial layer. The next phase heralds the migration of leukocytes and platelets into the subendothelial layer. The monocytes, phagocytose the lipoprotein-proteoglycan complex forming the lipid laden foamy histiocytes. These macrophages can apparently repllicate. At this stage the macroscopic appearance is the well known “fatty streak”. The next phase of atherosclerosis occurs following smooth muscle proliferation and migration from the media into the evolving plaque. Smooth muscle also undergoes apoptosis and death. The vascular smooth muscle produces the extracellular matrix has major contribution to the atheromatous lesion. Interstitial collagens (types I and III) and proteoglycans such and elastin fibers also accumulate in atherosclerotic plaques. Accumulation of cholesterol and cholesterol esters occur. Smooth muscle migrates from the media into the intima and transform into fibrous elements both within the lesion as well superficial to the lesion forming a fibrous plaque. The monocytes and macrophages ingest the fat and foamy fat laden macrophages result. An inflammatory reaction evolves. Continued accumulation of lipid, macrophages, foamy cells, extracellular matrix result in a fibrofatty complex that grows in size over time. As it enlarges it bulges and thins the intima and eventually erodes the surface. As the disease progresses, cell death within the plaque results, and dystrophic calcification follows.

Why is it Important to Understand

The Fear  – The Vulnerable Plaque 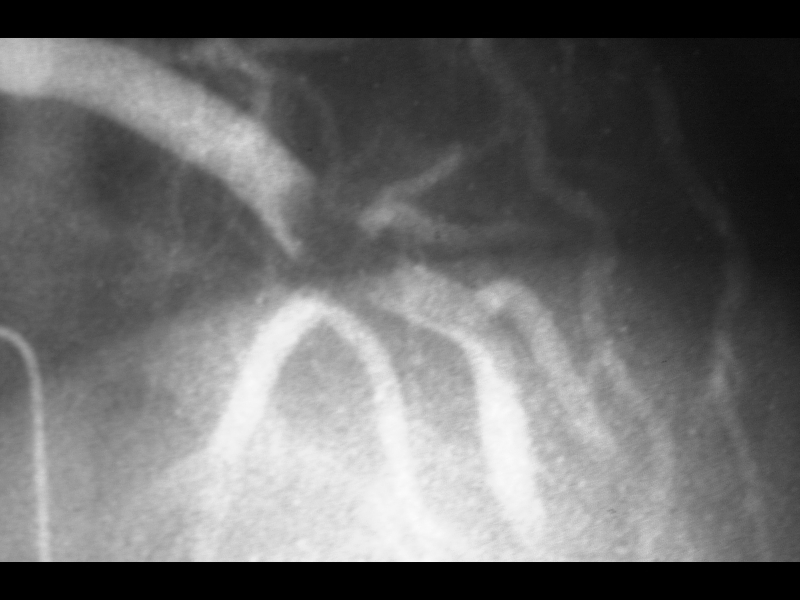 The Cutting Edge and the Holy Grail

Evaluating the Chemical Makeup of the Wall of the Arteries